Go to Germany and more than likely the most popular police cars you’ll spot are Volkswagen Passat wagons and the like. Nothing special, right? But if you spend a bit more time in the bier and wurst-loving country, it’s possible you could see some pretty cool cop cars.

Most American police departments purchase Ford Interceptor SUVs, modified Dodge Chargers and Chevrolet Caprices. They’re cool and all but not nearly as cool as, say, a Corvette Stingray with rollers bolted to its roof. (Have you seen any cop with a Stingray pull anybody over?) 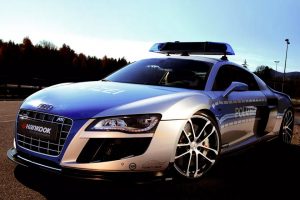 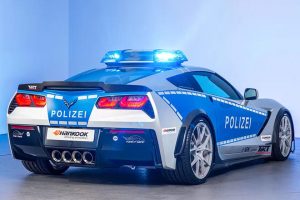 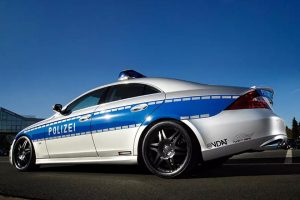 The current Challenger and Charger went on sale 13 years ago and both ride on even older RWD platforms. That platform, of course, can accommodate a lot of horsepower, such as the supercharged 6.2-liter Hellcat V8. But future fuel emissions standards will force automakers to make many changes…to go green!
The LaFerrari for example is powered by a naturally aspirated 6.3-liter V12 paired to an electric motor and kinetic energy recovery system (KERS).
This formula equals lots of horsepower and performance. 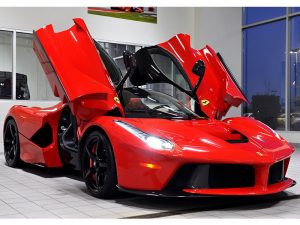 Buying a car can be a stressful experience. Whether you are worried about quality, price, or longevity there are many factors to consider. We here at North State Auto hope to shed some light on the car buying process and show you the benefits of purchasing a used vehicle.

Cost: This is the most obvious benefit when a prospective shopper considers a high quality pre-owned car. With a reduced cost you may be able to splurge a bit and buy up to a higher quality model that you otherwise might not want to spend top dollar on.

Insurance: Used Vehicles are generally cheaper to insure. This is the rule, but there are some exceptions. Cars naturally go through normal wear with daily driving and this will reduce the cost of insurance.

Choice: When you buy a new car from a dealership you are often limited. Us on the other hand have a wide selection of quality makes and models in the exact color you are specifically looking for.

One common concern when buying a used car is quality. Many people think that when you buy a used car you are buying some else’s headaches. However, cars are made better these days, the stigma of used car quality is being done away with by excellent craftsmanship and ingenuity of the auto industry. Chances are that if you buy a used car that was made in the last five years or so, you are still getting a high quality vehicle.

In addition, we give you a 3 month / 3,000 mile warranty alongside our own standards we live up to that is tied directly with our reputation. The BMW Group achieved its eighth consecutive annual sales record with a total of 2.49 million of BMW, MINI and Rolls-Royce delivered around the world in 2018.

These results reconfirms the BMW Group’s position as the world’s number one premium automotive manufacturer, which was primarily driven by X vehicles and the BMW 5 Series.

Based on the sales totals, worldwide, the BMW 5 Series is the World’s Most Popular Premium Large Sedan.

Looking for a BMW? We have a great selection you can check out in our inventory tab.

Have a great day! – A more powerful engine! 5.2L naturally aspirated V10 that produces 640 hp at 8,000 rpm and 442 lb-ft of torque at 6,500 rpm while emitting an “emotional and powerful sound” thanks to titanium intake valves and a refined lightweight exhaust system.
To signify these major changes, the latest version even has a new name: THE HURACAN EVO
The Huracan Evo also features new rear-wheel steering for extra agility and a four-wheel torque vectoring system. At its heart is a new Central Processing Unit that “controls every aspect of the car’s dynamic behavior, fully integrating all of the car’s dynamic systems and set-up to anticipate the next move and needs of the driver, interpreting this into perfect driving dynamics”.
Can we say advanced technology!!
Deliveries of the Lamborghini Huracan Evo will start in the spring, with prices starting at $261,274 in the US. We’ve seen spy photos of the Audi Q4  in the past but these new ones are the closest and clearest yet. In them, we can clearly see that this new Q4 looks very much like a mini version of the Audi Q8, which isn’t all that surprising. Coupe-like crossovers are becoming more and more popular.  Take BMW, for instance. There’s now a BMW X2, X4, X6 and possibly a future X8. Mercedes-Benz has the GLA-Class, GLC-Coupe and GLE-Coupe. So it was only a matter of time for Audi to make a Q4.

Although Audi is new to the scene, the Audi Q8 was the first coupe-like SUV the brand has but is finding itself to be a competitor in it’s space. The new Q4 looks very much like Q8 and that’s a good thing.

In these new spy photos, it gets a similar face to the Audi Q3 (grille, headlights and front air intakes..so are the taillights.)  Now comparing it to the big Q8, it has the same sort of flared wheel arches at the back, similar roof line and of course, profile.

Yes, the Audi Q4 is based off of the Q3 but will feature the couple-SUV styling like the Q8.

Overall thoughts is that it’s a sporty, stylish and athletic crossover. We can’t wait to see the real thing!